Getting To A Single Greater Me

It has been often said and proven that your happiness cannot be found in another person. Sure we involve
ourselves, develop, build, destroy, reconnect, disconnect, etc from others on a continuous basis, but yet those relationships do not define who we
are as individuals. More so it highlights our social in/eptness.
For a long time I was involved in a relationship with a guy who had a
troubled past. We were complete opposites and totally wrong for each other. Yet I tried to stick it out because
I didn't want to fail at love, being accomplished in so many other areas, and felt socially pressured about being in a relationship, particularly for someone "marriage" aged.
Fast forward eight years later and I'm still not married. Neither do I have any children. But I have reached a level of
emotional maturity where being married and having a family is not an overwhelming priority but would be a welcomed balance to the beautiful chaos known as life.
Getting to a single greater me in order to treasure the awesomeness of my future You.
- July 16, 2020 No comments:
Email ThisBlogThis!Share to TwitterShare to FacebookShare to Pinterest
Labels: Relationships, Self reflection

The Joy In Living Is Within You

Even though there are so many people going through a rough time with the loss of home, income, family, job and sense of security, we still have to find joy in living. Living a life rooted in faith, operating with an elevated mindset, moving when opportunity knocks, being greatful for the little things and encouraging others to do
the same. This is a reasonable and right
responsibility of all humankind.
I ,myself, have had to face many hardships, but have learned to work
at managing my emotions, while being an ambassador of peace and quietly developing a plan of getting a better perspective of self. One thing for sure is in order for me to help others I have to have a better handle on my own life. In order for true mastery to take place the Teacher must be able to humbly perform the role of the student.
Again peace and many blessings to you all. Stay safe, remember to be kind and take care.
Like, share , subscribe.😘
- June 27, 2020 No comments:
Email ThisBlogThis!Share to TwitterShare to FacebookShare to Pinterest
Labels: Self reflection

Reflections from within
Unlock the mystery
That is Me
Going round in circles
Unsteady on my feet
The road ahead quite
Bumpy
But move forward
I must
The one true God of heaven
In him will I trust
Although it's been said
Many times, Many ways
A brighter future in the plan
Until my end of days
-natashalewis@2019 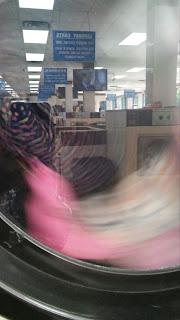 The Sunny Side of Things 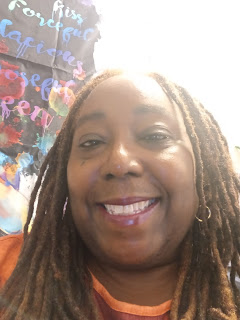 It's A Sassy thang

Natasha Lewis is an avid shopper that enjoys quality goods for a fraction of the cost.

Sassy Deevas
Greetings, my name is Natasha Lewis and welcome to Sassy Deevas. Looking forward to sharing and learning many new things daily. Peace, Love and Positivity above all.